My wife’s dad came out to SF from Florida for a visit and we had the chance to all go see the Ed Ruscha exhibit. Ed Ruscha is a Pop Artist who has worked in many different mediums. Represented here were some works in pencil, oil, acrylic, gelatin silver prints, lithograph prints and even a few ‘odd medium’ pieces, works in Pepto, Caviar and Metrecal which was a weight loss beverage from the 60’s which he used to screen images of Hollywood, so there’s a bit of cynical social commentary in his work also.

One of the reasons this exhibit was special is that my wife’s dad used to collect art some years ago and had some lithographs  of Ruscha’s of which he only did a limited number of. Awhile ago he gave us one as a gift and he passed on another to my wife’s brother. The one we got was similar to this one titled ‘Time is UP’ (ours is in storage)

The one her brother got we always just called ‘The Sign’. This one was represented in the show and there was an artist print titled ‘Untitled’

There were a few pieces related to this series that I’ll post below as well but it was cool to see this piece in a gallery when we’re so used to seeing it hanging in the background when we go visit my wife’s brother.

I especially enjoyed the Hollywood stuff since I lived there for quite some time. I also enjoyed the ultra wide panoramic stuff, they really pull you in and give you a sense of that ‘American expanse’.

(The pics are all mine, so I apologize for the incidental selfie reflections in some of the pieces, there are pro images of this stuff online) I also didn’t catch all of the titles. 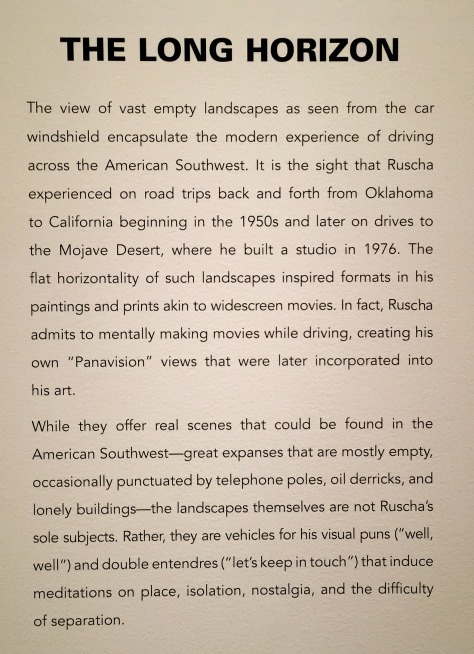 There were these variations on an image of a gas station: 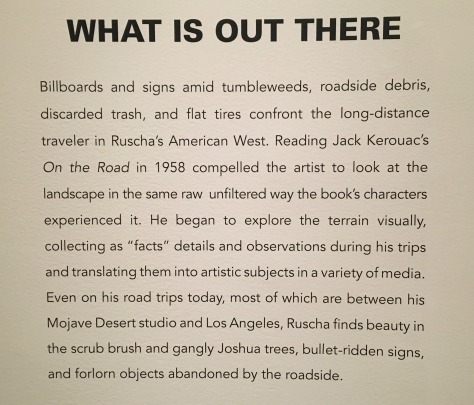 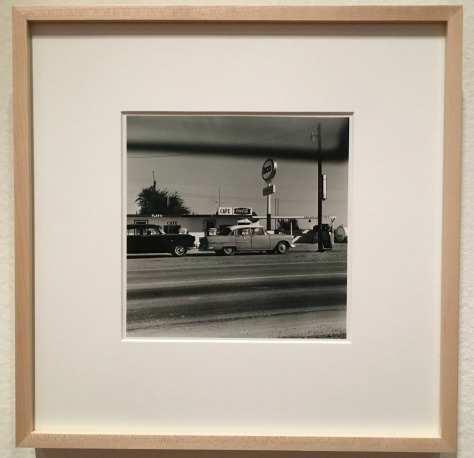 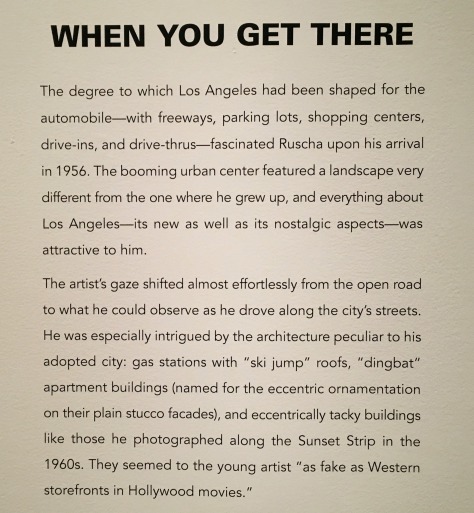 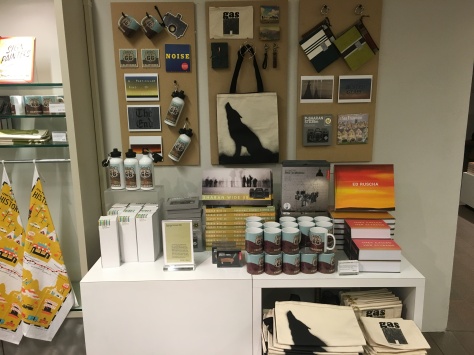 For further research into the works of Ed Ruscha, check out this excellent resource via Artsy

Their Ed Ruscha page contains over 400 of his works as well as links to articles and gallery exhibitions. 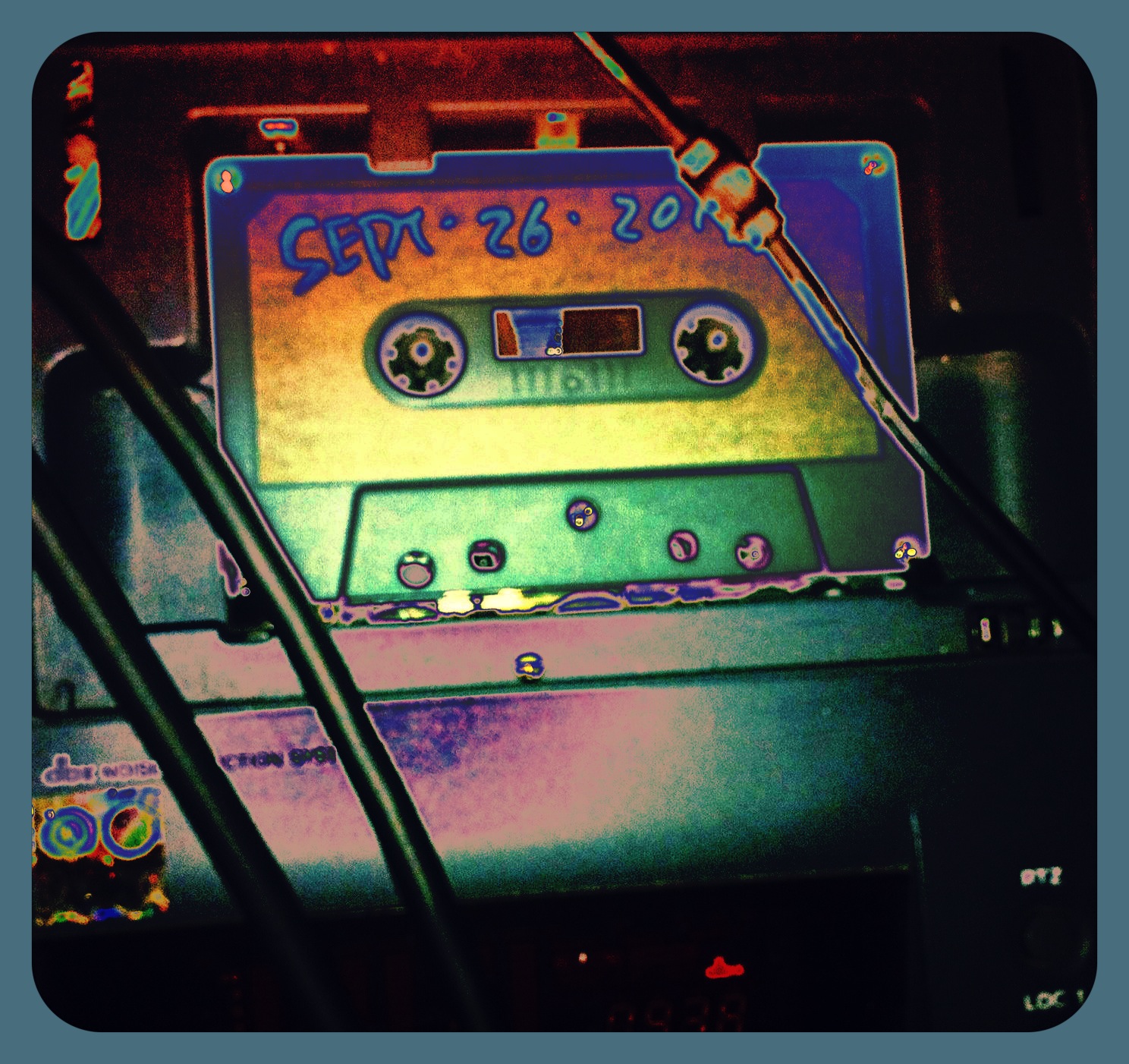 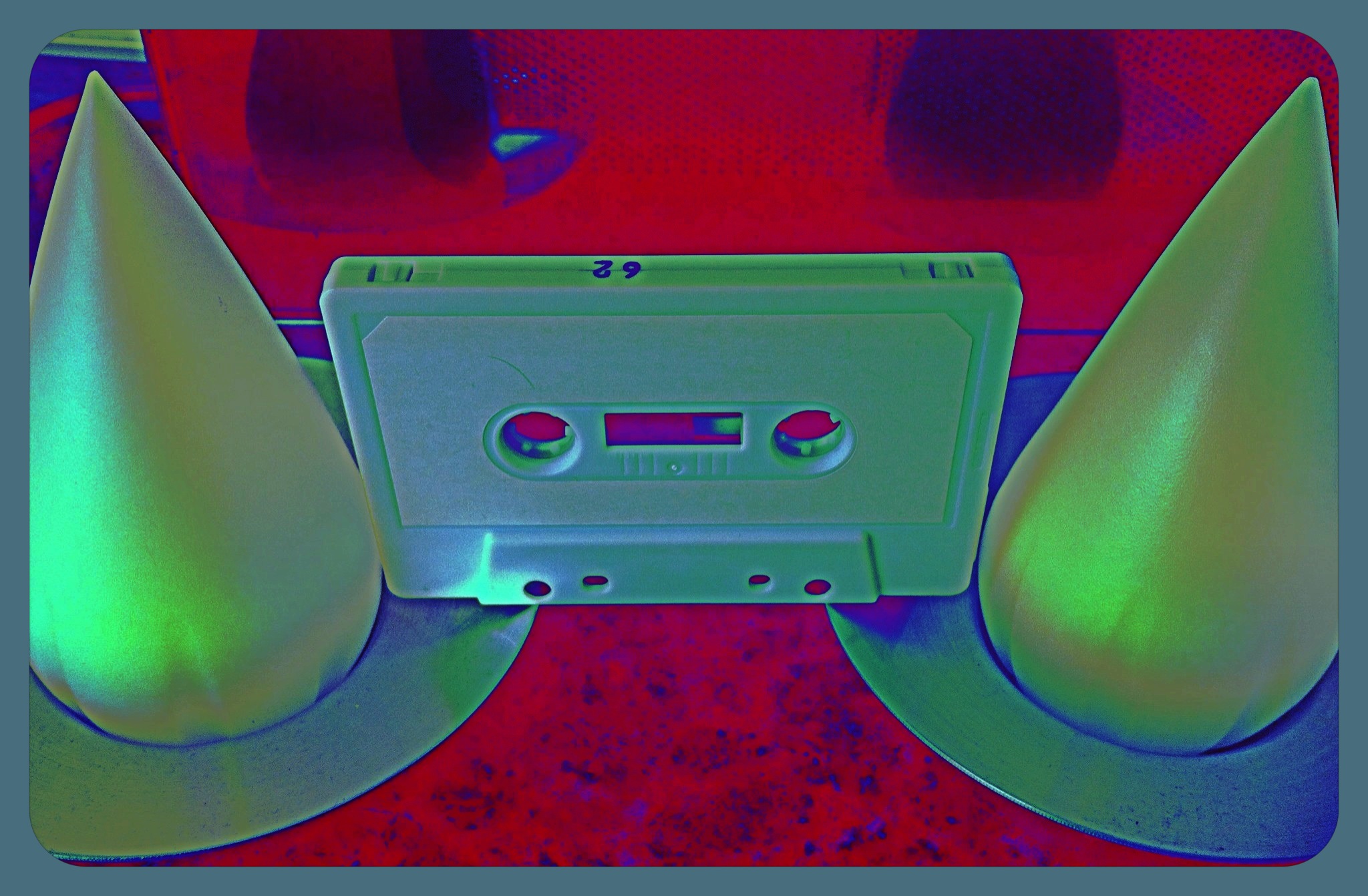 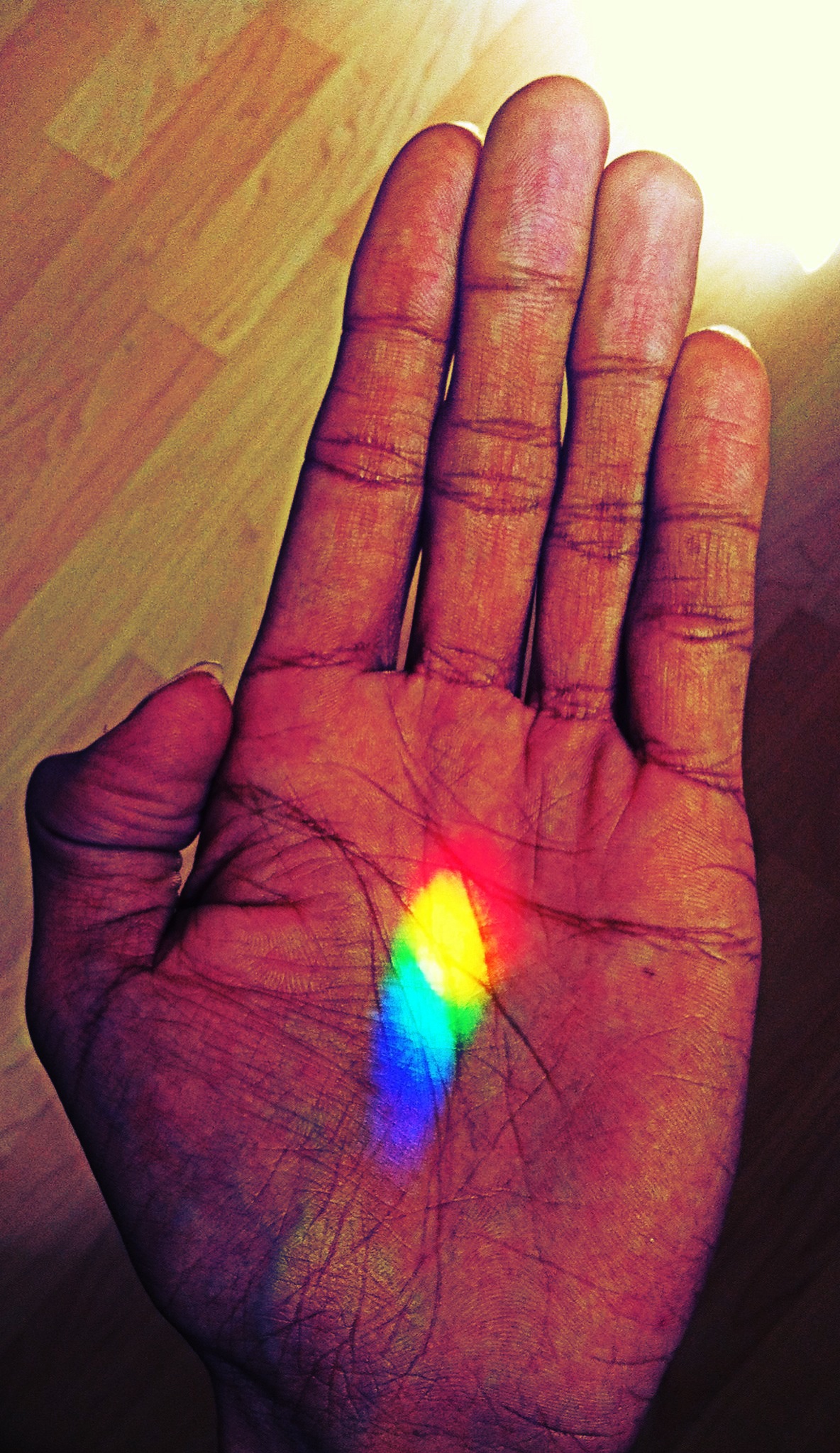